Together with the harness, the rope is the central piece of equipment in mountaineering and climbing. Both are called “Personal Protective Equipment (PPE)” in technical jargon, and we rely on them 100%. Climbing ropes are, therefore, subject to strict standards during production and are also tested accordingly.

Until the 1950s (and occasionally even still in the 60s), people still climbed with hemp ropes. Rope tears were not uncommon and led to numerous fatal accidents. Then the core of the rope made of polyamide came on the market, which caused a revolution in safety and durability.

However, polyamide (plastic or synthetic) also has some serious disadvantages. Especially critical is the production from crude oil, and it can also have a negative effect on our health. On the other hand, no Bluesign certificate or “German quality made in Vietnam” will help. If we reject climbing parts, we simply create plastic waste – a problem that concerns us all. That is why it is particularly important today to take a closer look at the lifespan of these items of equipment.

How long can climbing rope be used safely, aka what’s the lifespan of Climbing Rope?

On the instruction leaflets and rope brooches produced by the industry, there is talk of maximum service life without use and with optimum storage of 10 to 12 years. This is reduced to three to six years with occasional use and good storage. With weekly use, you will often find a maximum lifespan of climbing rope of only up to one year on the web. Is this true and how long does a rope really last?

Age alone is not a criterion for the retirement of a climbing rope. Experts have tested more than 100 externally undamaged ropes of various ages for their strength and could not find any relation between age and strength. Even 50-year-old ropes have held just as much as three-month-old hall ropes!

Climbing rope must be discarded (rejected) if

Age is not a discard criterion; the only thing that counts is the damage to the rope caused by external influences. There is, however, one limitation with permanently installed top ropes, which we find mainly in climbing gyms. They should only be used for top-roping, and the core should be checked for damage.

What is the problem with toprope ropes?

If you walk a rope over a karabiner many thousands of times, the core will be damaged. The weakening is not visible from the outside and can be so severe that under certain conditions, the rope can fail. explains Walter Siebert. “To return to your question: Before a rope for top-roping becomes too dangerous, it is no longer useful for our belay devices. So don’t be afraid of Toprope. However, once toprope ropes have been discarded by a climbing gym, they should not be used for extreme purposes.

Does the frequency of use influence the service lifespan of climbing ropes?

According to current opinion, a rope that is used weekly (i.e. once a week) should be replaced after only one year. But so far, experts found no real evidence for this as long as the rope is externally intact and has not come into contact with acid. First and foremost, storage is important: it must not come into contact with chemicals, especially sulphuric acid. It is important to consciously observe the rope while climbing and abseiling. Any irregularities should then be checked. If you let the rope slip through your hand, you can feel if the core is seriously damaged. How often? In any case, after heavy falls, complex rope maneuvers, heavy loads, i.e., when you have great difficulty opening the knot.

In case of which damages must the rope be replaced?

Unfortunately, it is not possible to see externally that a rope has been in contact with battery acid. The other damage types are easy to check.

Do I have to discard a rope after a serious fall?

As long as the sheath is intact and the core … Both can be checked by sight and touch.

What influence do UV radiation and weathering have on ropes?

If you use a rope normally outside for climbing, the above applies. Even ropes that have been hanging outside for months have held up well in my tests, as experts have analyzed. Because the sheath protects the core – unlike with webbing slings, you should really be careful of tape loops on stands and on rock formations, as you can often find on sport climbing pitches where the bolts are distanced far away from each other.

Are there known accidents in which externally intact ropes have torn?

There are only documented accidents with cracks on sharp edges or by falling rocks, cracks caused by damage from battery acid and cracks caused by melting, e.g., when the rope runs over the rope.

For undamaged ropes, the maximum lifespan of climbing rope is probably much longer than currently assumed if used carefully. The service life specifications given by the rope manufacturers do not correspond with the tests carried out by some experts like Walter Siebert. Particularly at a time when sustainability and waste avoidance are gaining in importance, the too rapid replacement of climbing ropes should be critically questioned.

Here is the link to the scientific study of discard criteria, where all the claims in this article are based on:

And here are some more articles and reviews: 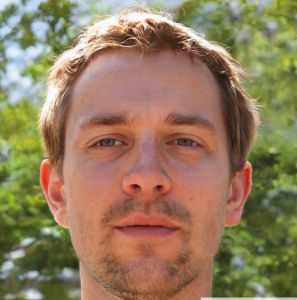